It’s no secret that Facebook has been in the news for some less-than-flattering reasons lately. However, according to a recent report, Facebook usage is higher than ever. I guess the old saying, “There’s no such thing as bad press,” is ringing true for Mark Zuckerberg and company.

The internet is extremely complex, and as t more people find out about how things such as Facebook or Google AdWords retargeting works, the more upset they get. Take, for example, a hot dog. To me, hot dogs are great. Do I want to know how they’re made? No. Have people tried to warn me about what’s in a hot dog? Yes. Do I still eat hot dogs? Yes.

The moral of this short introductory story? Facebook isn’t going anywhere – and neither are their users.

Facebook ads can either be super complex or super simple. You can target the world or you can target a one-mile radius around some random location in Idaho. Where it starts to get even more complex is when you are targeting people in that Idaho location that have shown an interest in running or biking, are between the ages of 25-45, and have been to your website before.

I know what you’re thinking. “That’s creepy!” Sure, it can be. It’s the most common response I get whenever I explain to them how retargeting works. For as creepy as it may or may not be, it works.

I touched on it, briefly, above, but now let’s dig in a little deeper here. For the purpose of this blog we’re going to pretend there is a small bicycle company in Idaho called Spokes ‘N Stuff. They are a newer company that has been relying on their personal connections in the biking community and word-of-mouth referrals. They’re doing OK, but they would really love to grow and take their company to the next level. Sound familiar?

In an effort for growth, the owner of the company starts a Facebook campaign and runs a like/share/follow campaign to generate awareness. “Like, share and follow our page for a chance to win a free Trek Mountain Bike!”

Just for fun, let’s say the post generated 727 new page likes. Also, before you ask, yes, there are that many people in Idaho. I checked! Now, the big question is, what did they do with those followers?

Luckily, for Spokes ‘N Stuff, they had their Facebook tracking pixel in the back end of their site. This allows Facebook to know which users are visiting numerous sites. It also allows the advertiser to target users who specifically visited their site. Stay with me. This is where it gets fun.

The next step is to run two campaigns: one campaign for people who have been to the Spokes ‘N Stuff website and like their Facebook page, and a  second campaign for the complete opposite. It’s a cold audience that’s never heard of Spokes ‘N Stuff, but based on their interests in biking, or certain Facebook pages they like, such as Eddie Bauer or the local State Park, they may be a good fit.

Campaign one’s ad creative encourages the user to take an action, such as purchasing a bike, while the purpose of campaign two is to just get the user to check out the Spokes ‘N Stuff site.

The beauty in all this is it’s compounding effect. If these two campaigns are continuously running, campaign one is only going to get larger and larger, which, in turn (hopefully), facilitates more purchases. Campaign two is going to continue  getting in front of the right people. It’s an evergreen process that can ultimately change your business for a very low cost.

How do you know how much to spend?

Start small and increase as you figure out what works. Spending is also based on the intended reach. If you’re trying to reach an area of less than $100 miles, you might be fine with $50 per day, but if you were trying to reach the whole country, you would need much, much more.

The goal is to find your sweet spot. Figure out your key affinity categories, key locations, and what action you want the end user to take. Also, it has to make sense financially. If you spend $1,000 per month on Facebook ads, but you’re selling a low-priced product with a low margin, then Facebook ads probably aren’t in your best interest.

How do I get started?

Using Facebook ads is just one of many digital advertising tactics that have helped small businesses grow. One great way to get started is to talk to a team of marketers (like the fine people at ProFromGo!) to see if this strategy makes sense for your business goals. A quick 30-minute call gives us the opportunity to figure out what you’re trying to accomplish, and if we can help you accomplish it. No matter what, we’re always happy to help! 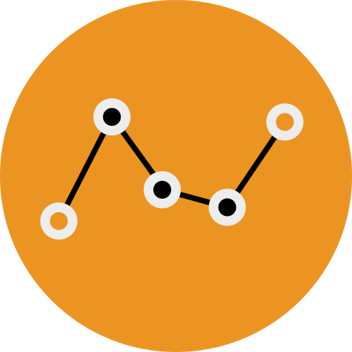 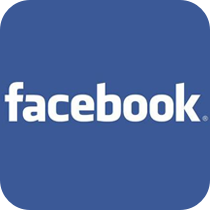 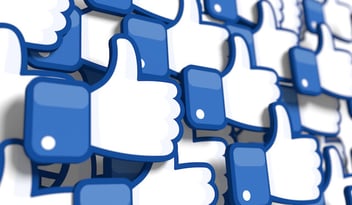 The Five (Latest) Facebook Page Rules to Live By